Three Amazing Things Spreadsheets Can Do

You likely use Excel at every level of your company. For years it has been common knowledge that spreadsheets are a key resource in representing and sharing data sets. While you may be considering advancing spreadsheet availability and functionality by moving excel to web platforms, you are still probably underestimating the true power of the program. It would be impossible to list everything Excel can do in a single entry. Instead, here are three impressive feats done with Excel that might help you understand a little of the depth of possibilities it can offer. 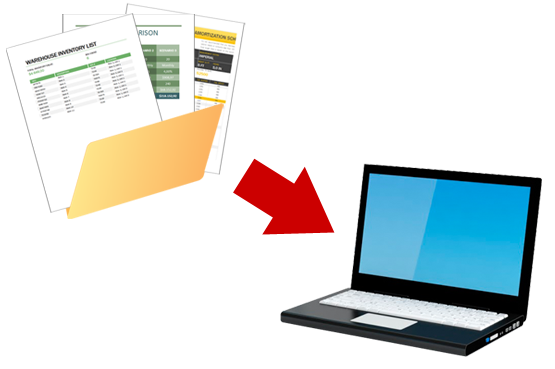 Admittedly, this is more fun than practical, but the results are so impressive that it’s worth mentioning. Tatsuo Horiuchi is the world’s most famous Excel artist. He utilizes Excel’s autoshape feature to layer images and produce impressive Japanese murals. He first made a name for himself by winning a competition in 2006. Since, his body of work has grown, and he even has art features in several museums. He has clearly demonstrated how a dose of creativity can push tools that seem simple on the surface to deliver unexpected and impressive results.

If you have experience with Excel, then you have probably used scatter charts. They’re a great way to represent many different data sets. What you might not know is that you can animate the charts to create 3D models. In most cases, these animations will produce pendulums. Depending on the data, those pendulums will move and dance across the screen in any number of different patterns or displays. While it’s easy to appreciate the aesthetic effect, the data in motion can also highlight relationships that are otherwise difficult to detect. This method won’t always be revealing, but it is a deep analytical tool that many overlook.

A number of apps have been developed to take real photos and depict them on a spreadsheet. The pictures are clearly pixilated and of lower quality, but the method of deconstructing one type of data and representing it in a spreadsheet is valuable for a few reasons. On the surface, it breaks an image into a simpler representation, enabling an entirely different outlook. More importantly, the process requires a deconstruction of digital information, and that process has uncountable potential applications. You may never need a picture to pixels app, but having an understanding of how it’s done can empower your app designers to imagine tools that may never exist otherwise.

Creativity can push apparently simple tools to do amazing things, but you don’t have to reinvent the spreadsheet to get more value from your digital resources. Making it more accessible in general will inevitably enable your task forces to apply their own creativity and push the tools further. Something as simple as moving Excel to web servers so it can be accessed by any device at any time is enough to get the ball rolling.

Getting Ready For Festival Season? Here Is How To Stand Out

Are the Bonuses At IDN Poker Easy to Get?